The building’s mass is divided into two parts: basement and tower. In the triangular basement there are rooms for HVAC and bicycles. The staircase and elevator are in the middle and rooms are situated in a radial way along the corridor along them.

In each level there are eight rooms, singles and doubles, and 30-45 sqm in area. Each of them has a glazed balcony. It should be noted, that the oval form also feels and shows clearly in the interior of the apartments, but without causing any difficulties in furnishing or decorations. In the topmost floor there is a conference room, sauna and a large sun deck. The deck is visible in the facade form and finishes the tower in an elegant way.

The colors of the building are expressed partly by the materials. The foundation is covered with a rusty red steel net and the tower growing above gets its color from the pre-patinated copper. The patina looks and feels as natural aged copper, but the patina is industrially aged and sustainable. 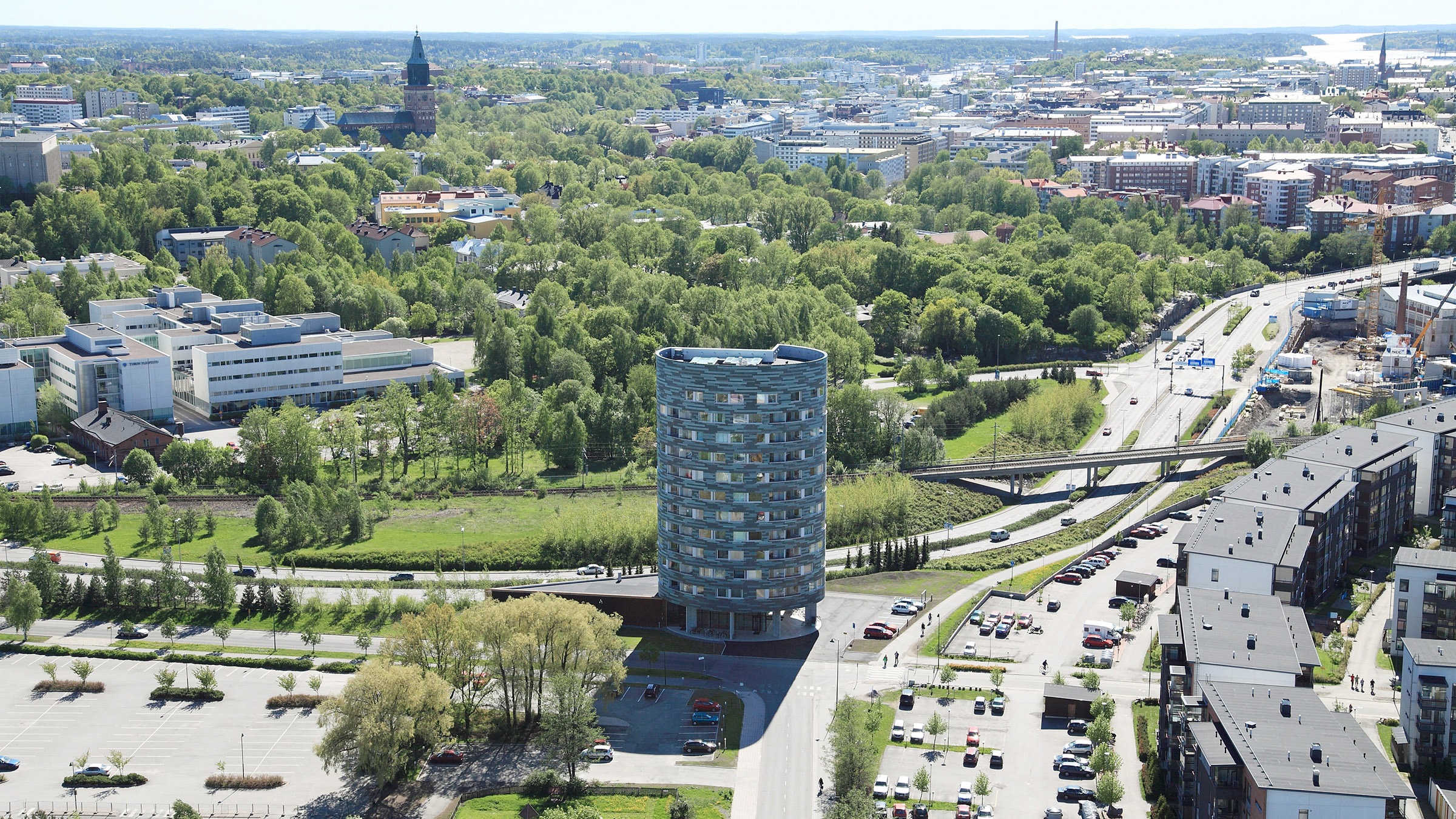 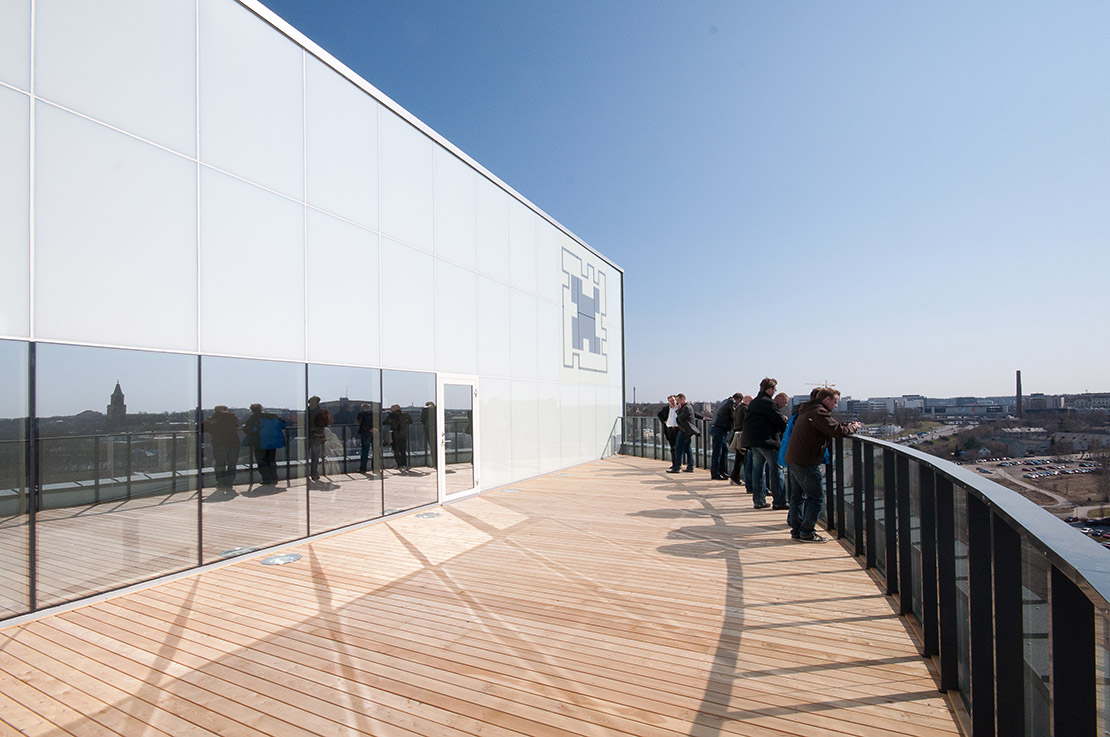 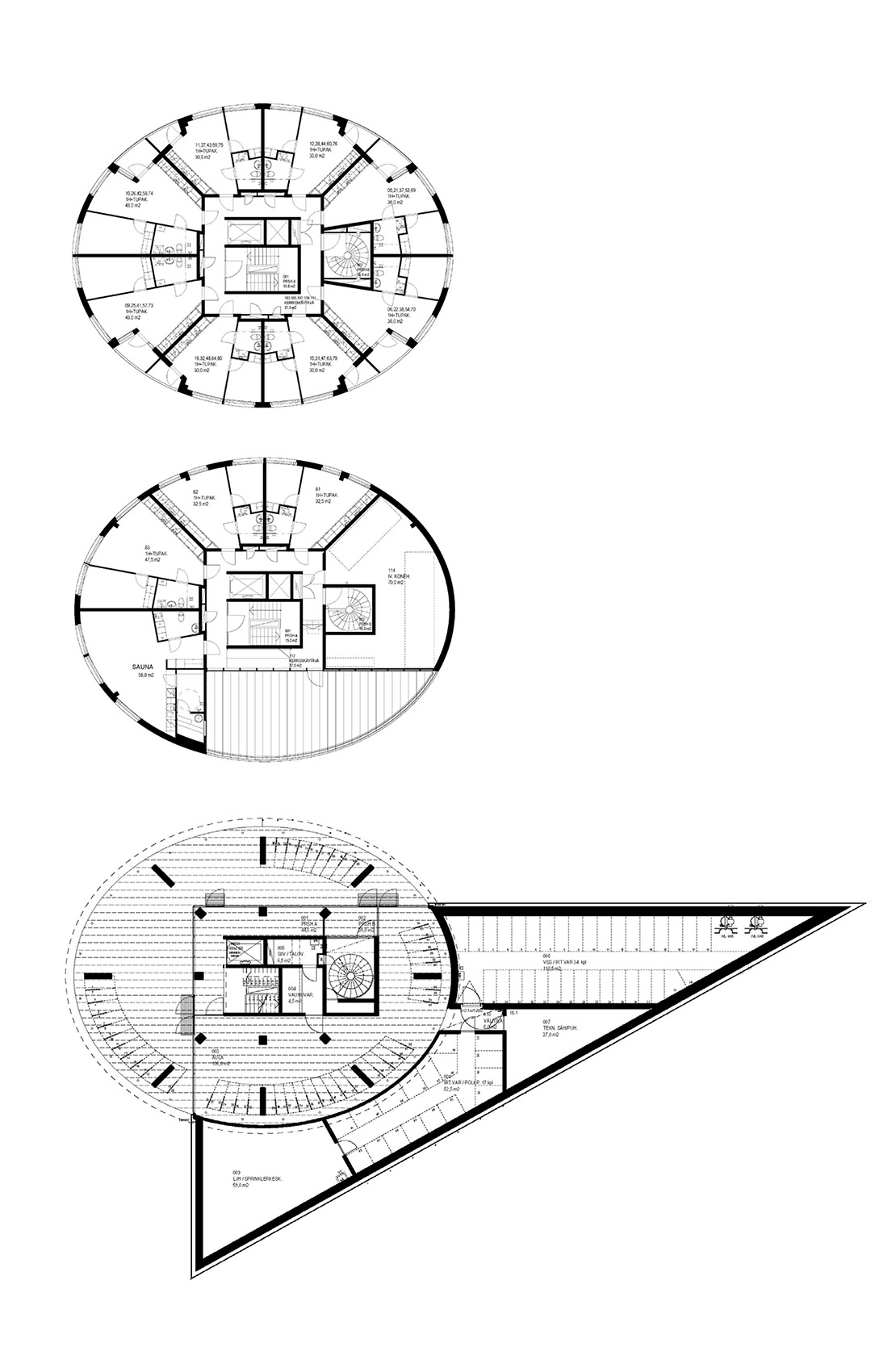 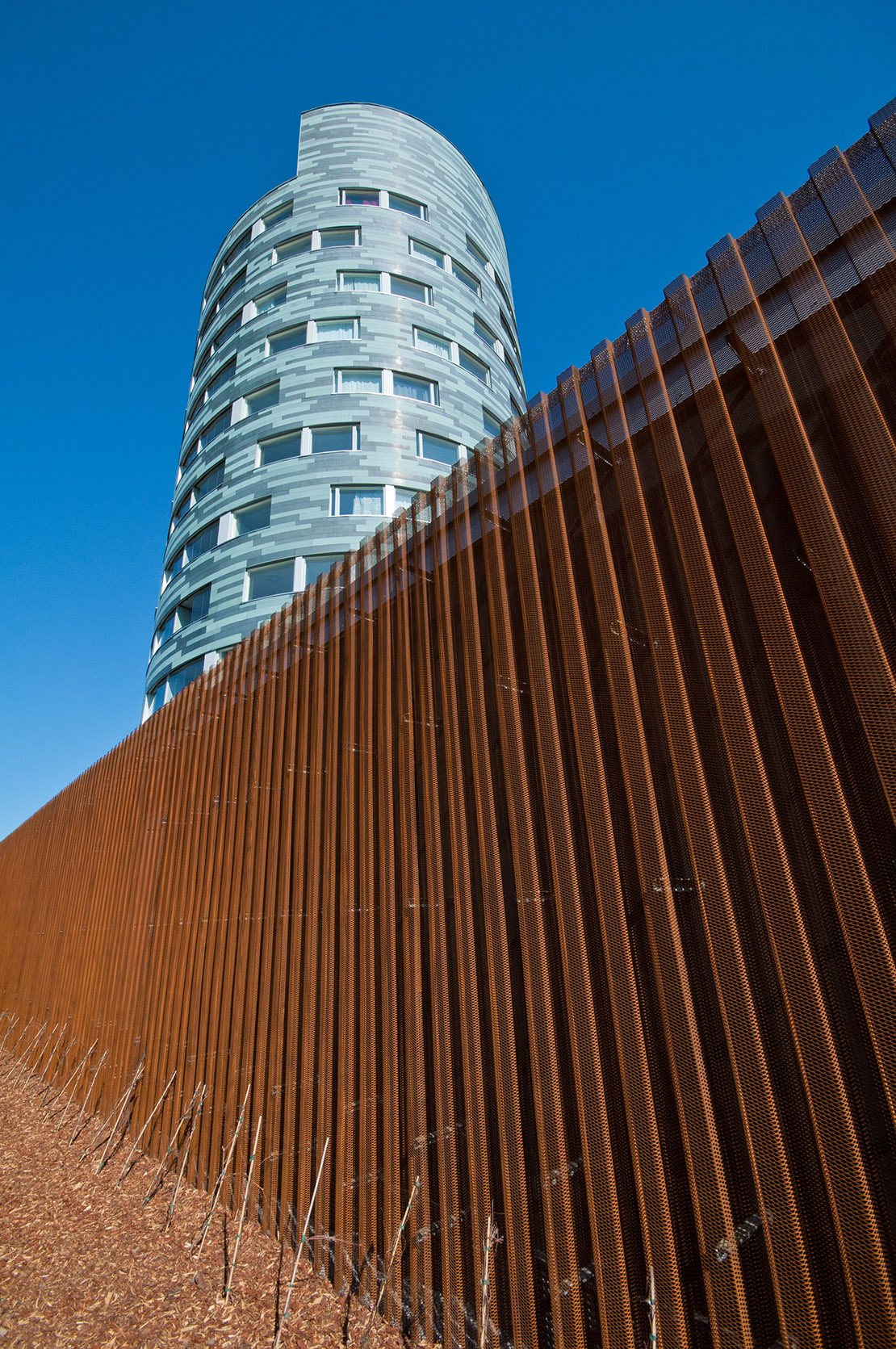 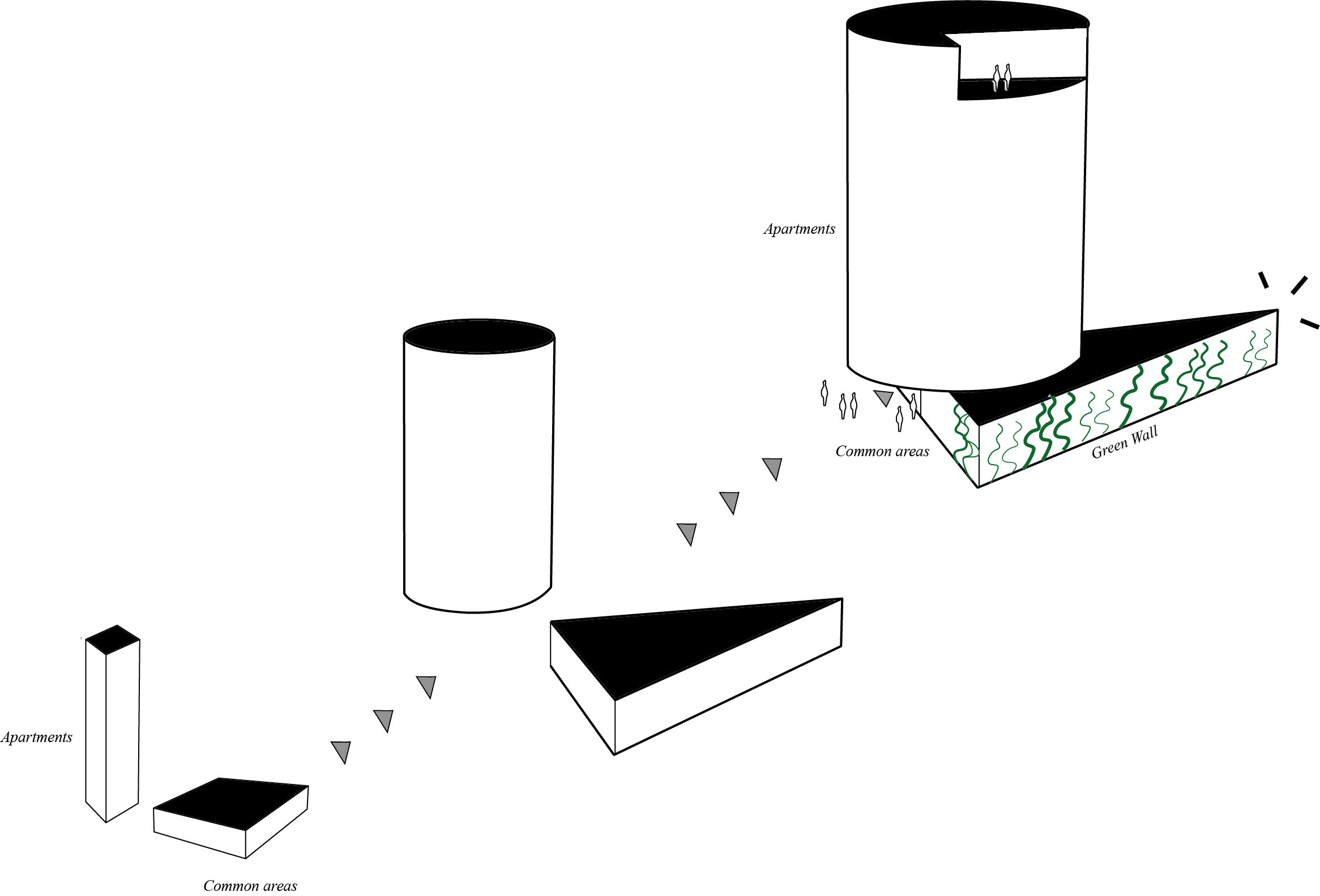 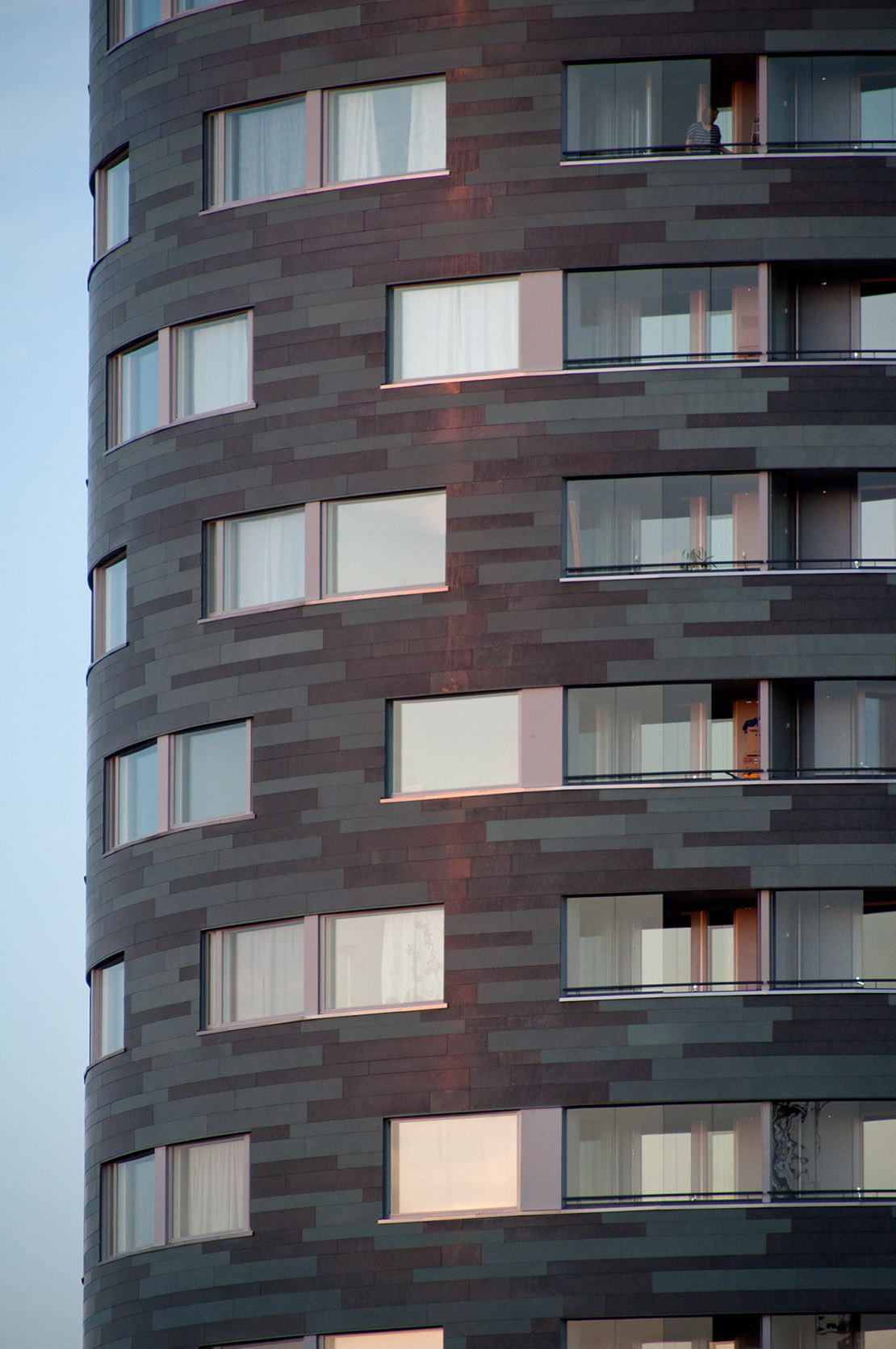 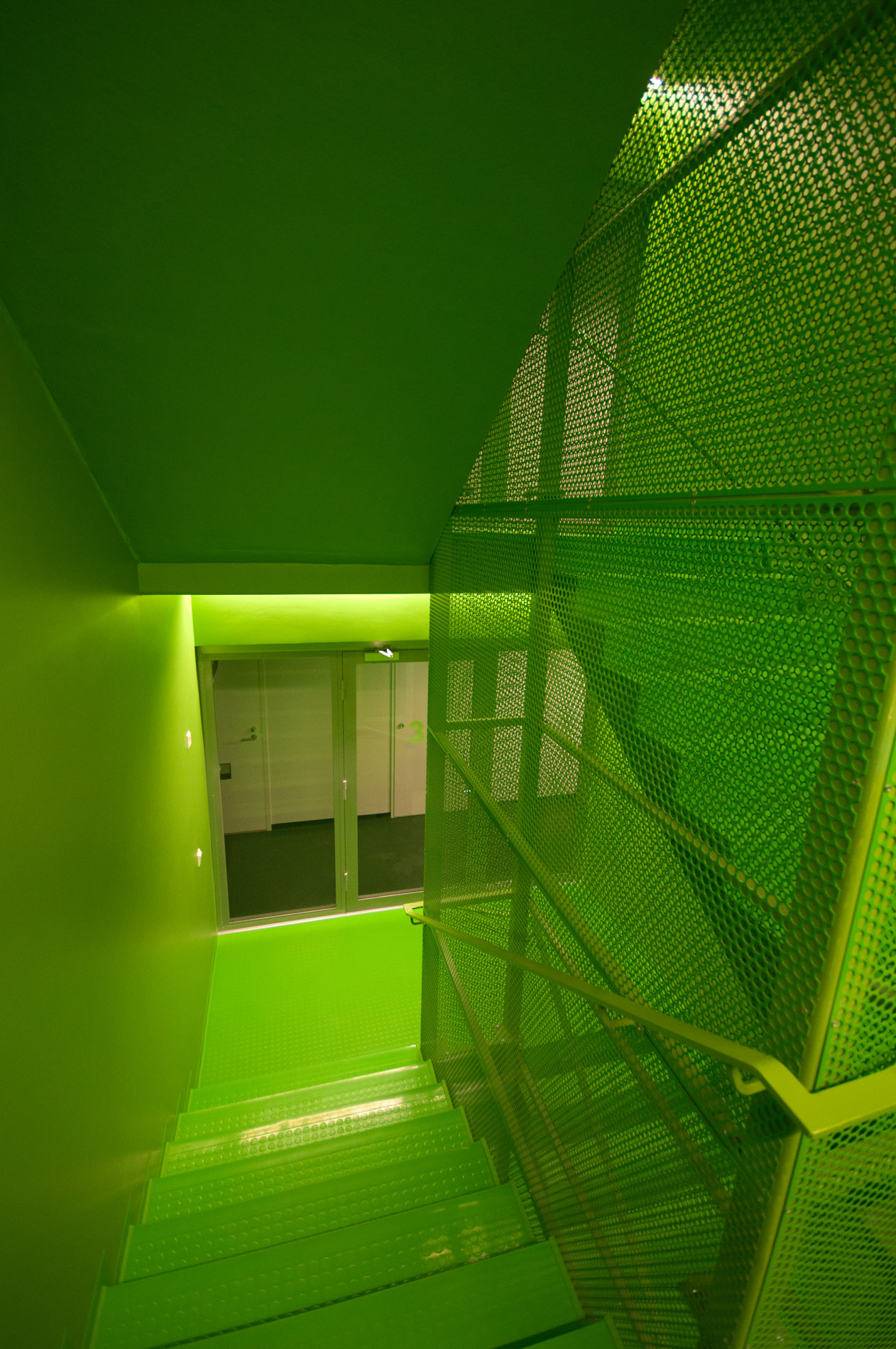 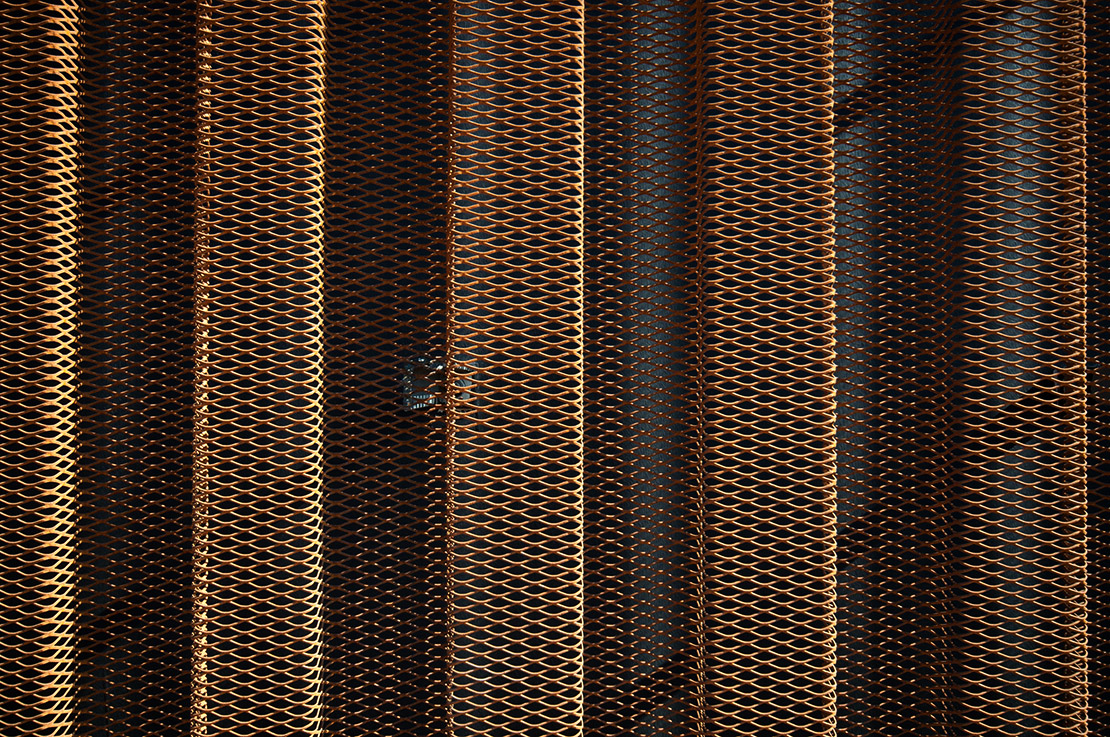 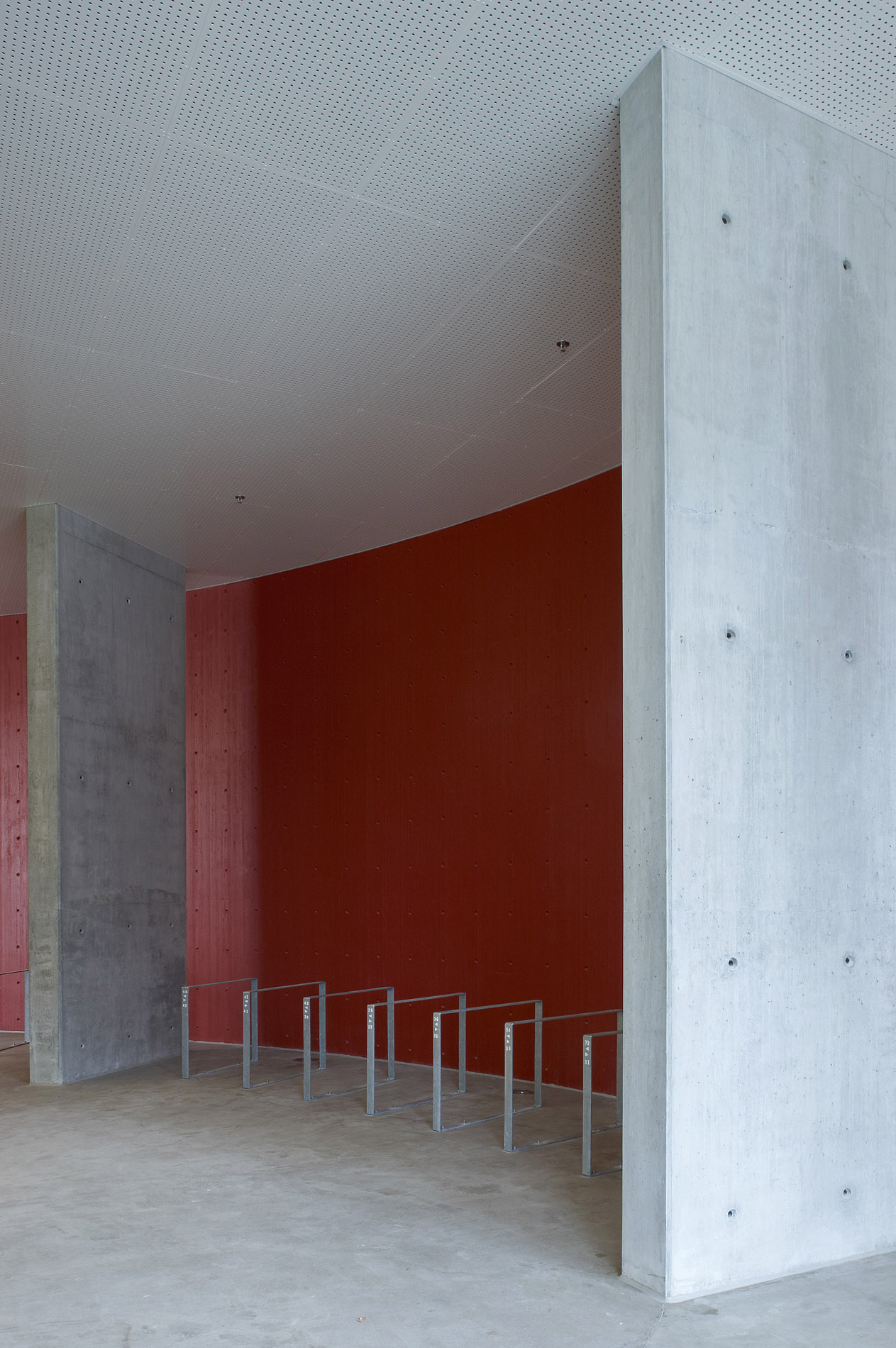 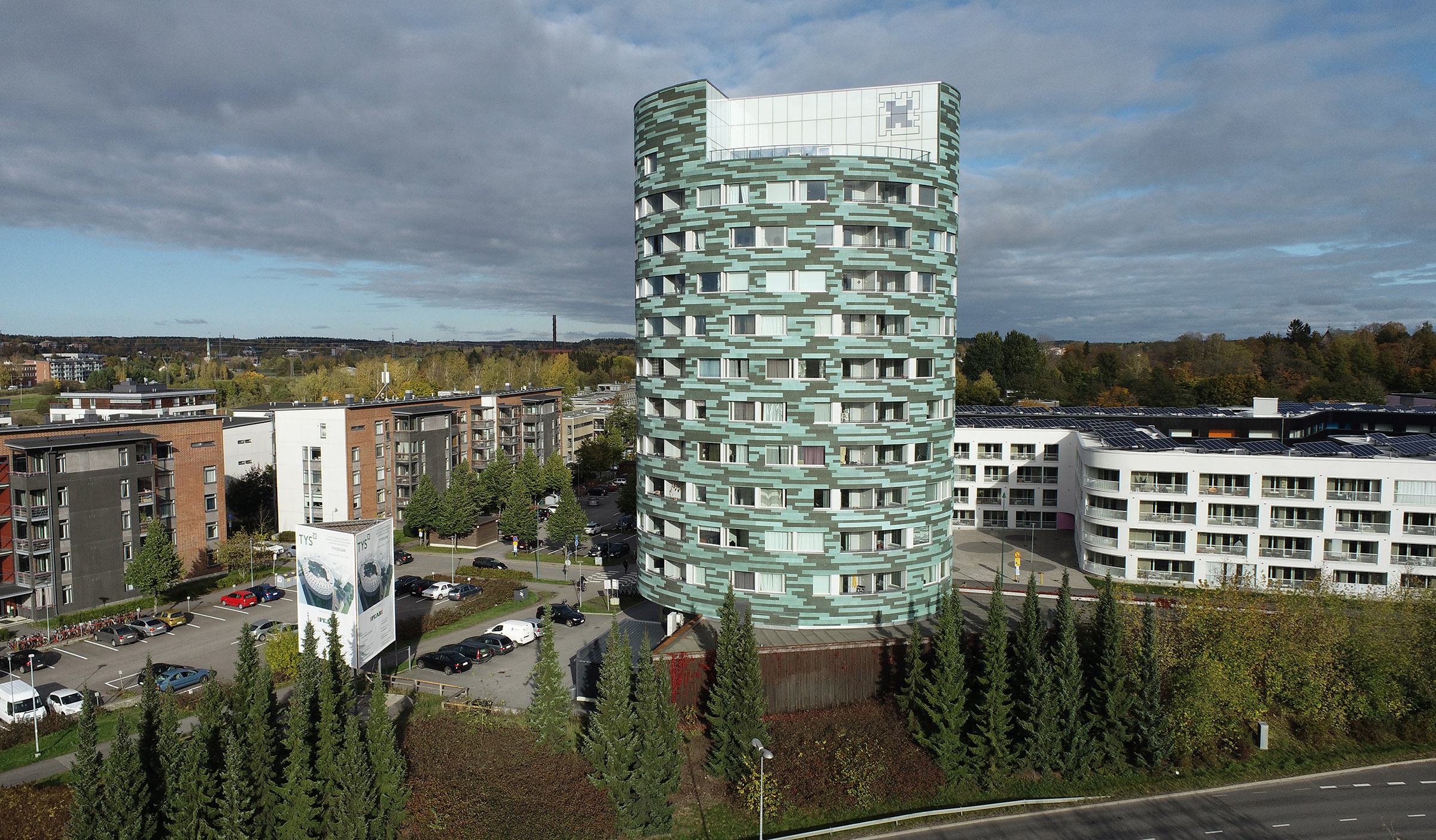