The Finnish Embassy in Berlin won the Best building in the world prize by Arup World Architecture Awards in Hong Kong in 2001.

The Finnish Embassy is light, transparent and vivid. It stands in contrast to the copper wall which is opaque, dense and mineral. The building is characterized by mild colours and natural materials, understatement and simplicity. The interior is dominated by a sequence of spaces which traverse the building. It starts from the entrance and goes through a central hall and ends in a small external courtyard. The copper wall behind the courtyard has an opening out to the surrounding townscape. The circulating aluminium stair and the birch covered conference room, which is suspended above the skylit central hall, contribute to the complexity of these spaces.

The shape of the building resembles the traditional Finnish stringed instrument, the kantele. The building is characterized by mild colours and natural materials, understatement and simplicity. On the other hand, curiosities such as the intersecting spaces, the diagonal stairway, the glazed walls and the suspended meeting rooms harmonize the refreshingly multiform and surprising spaces. 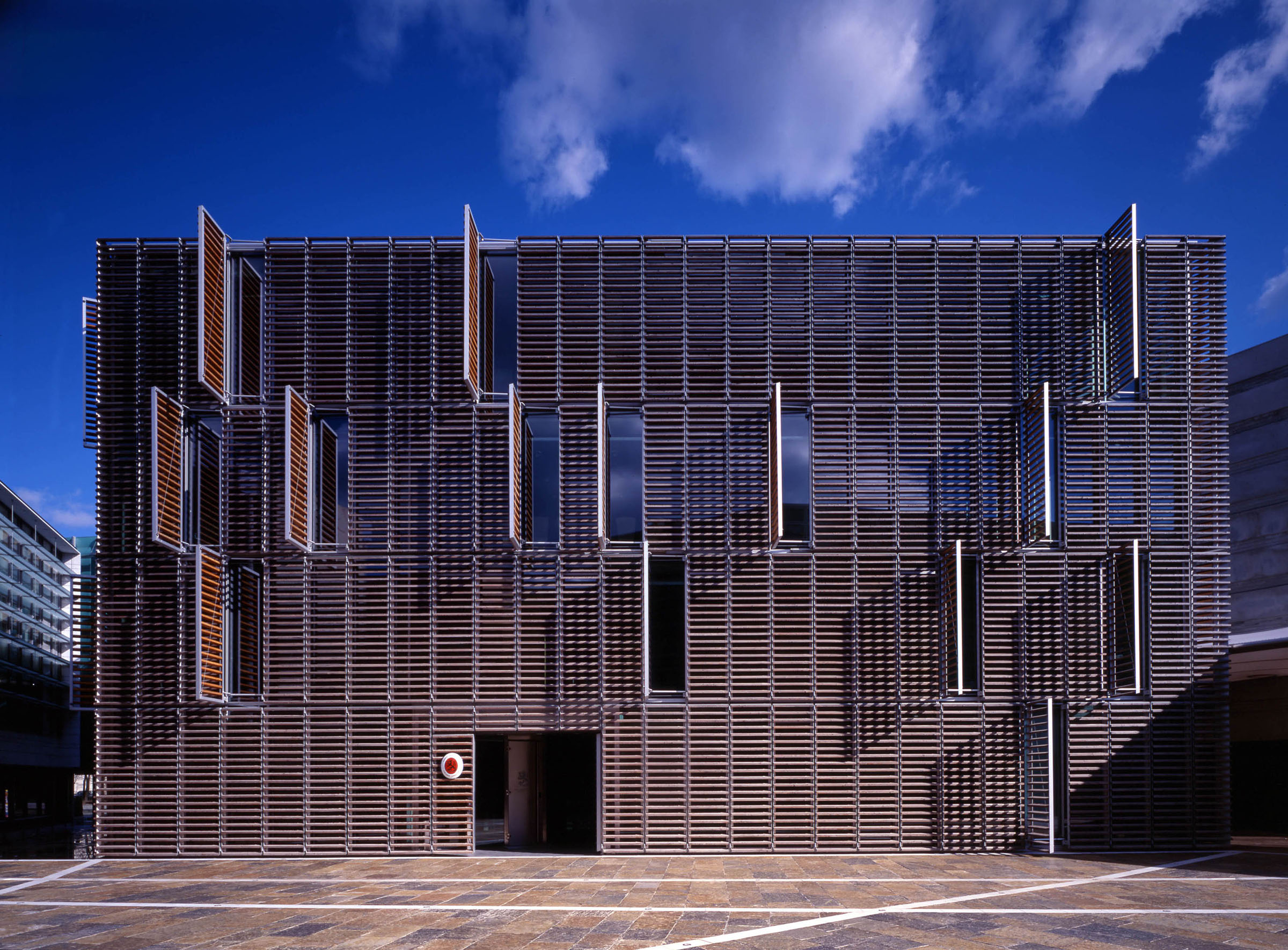 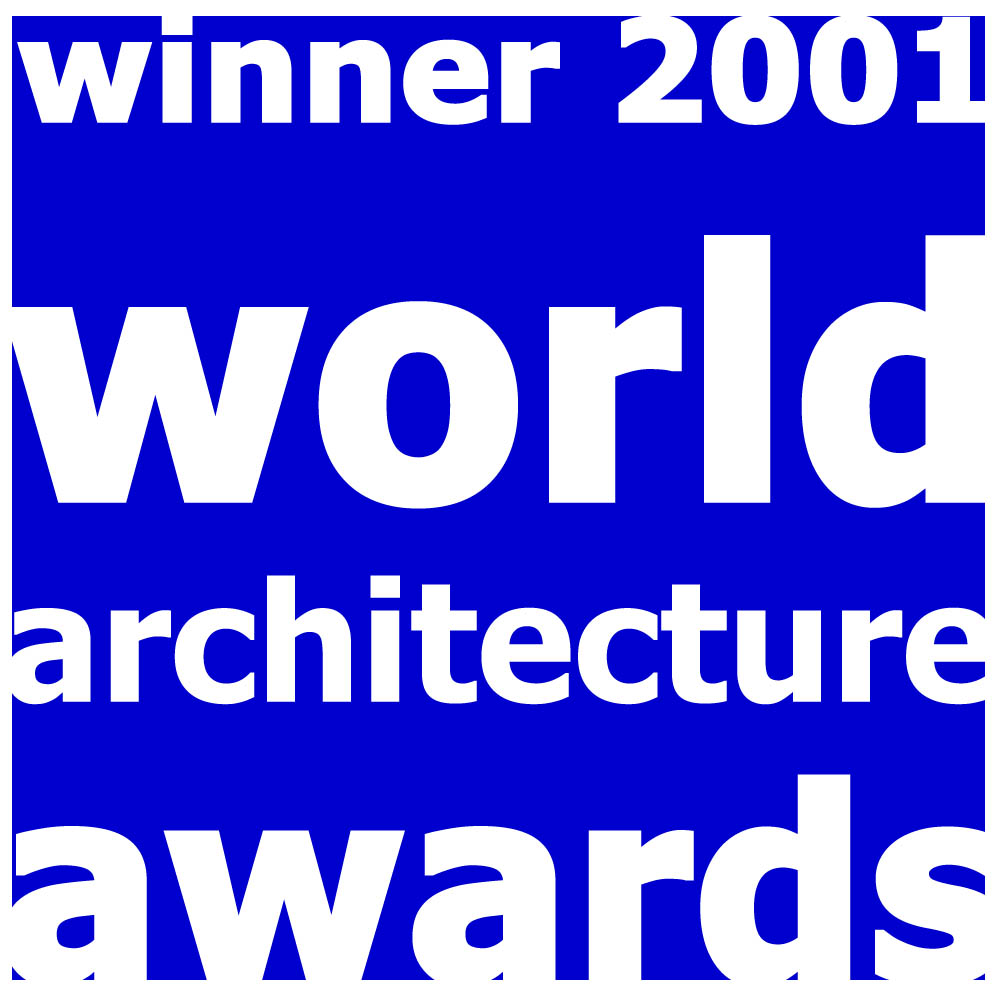 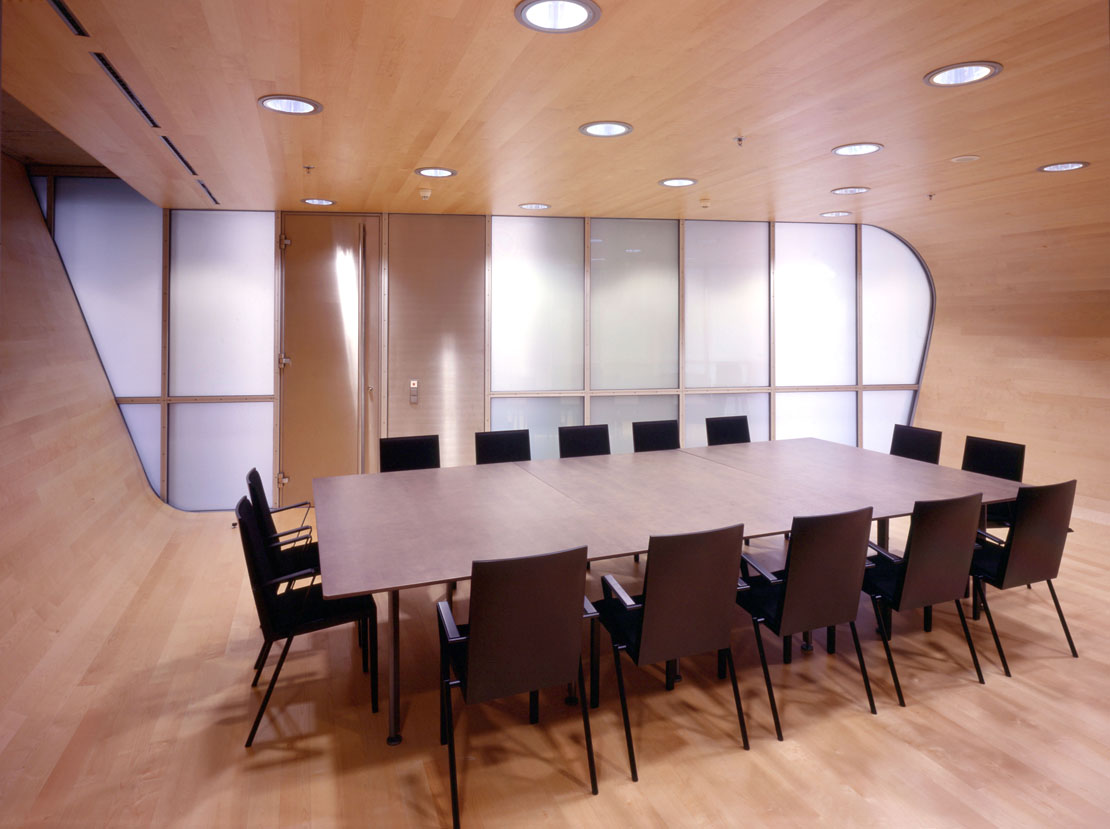 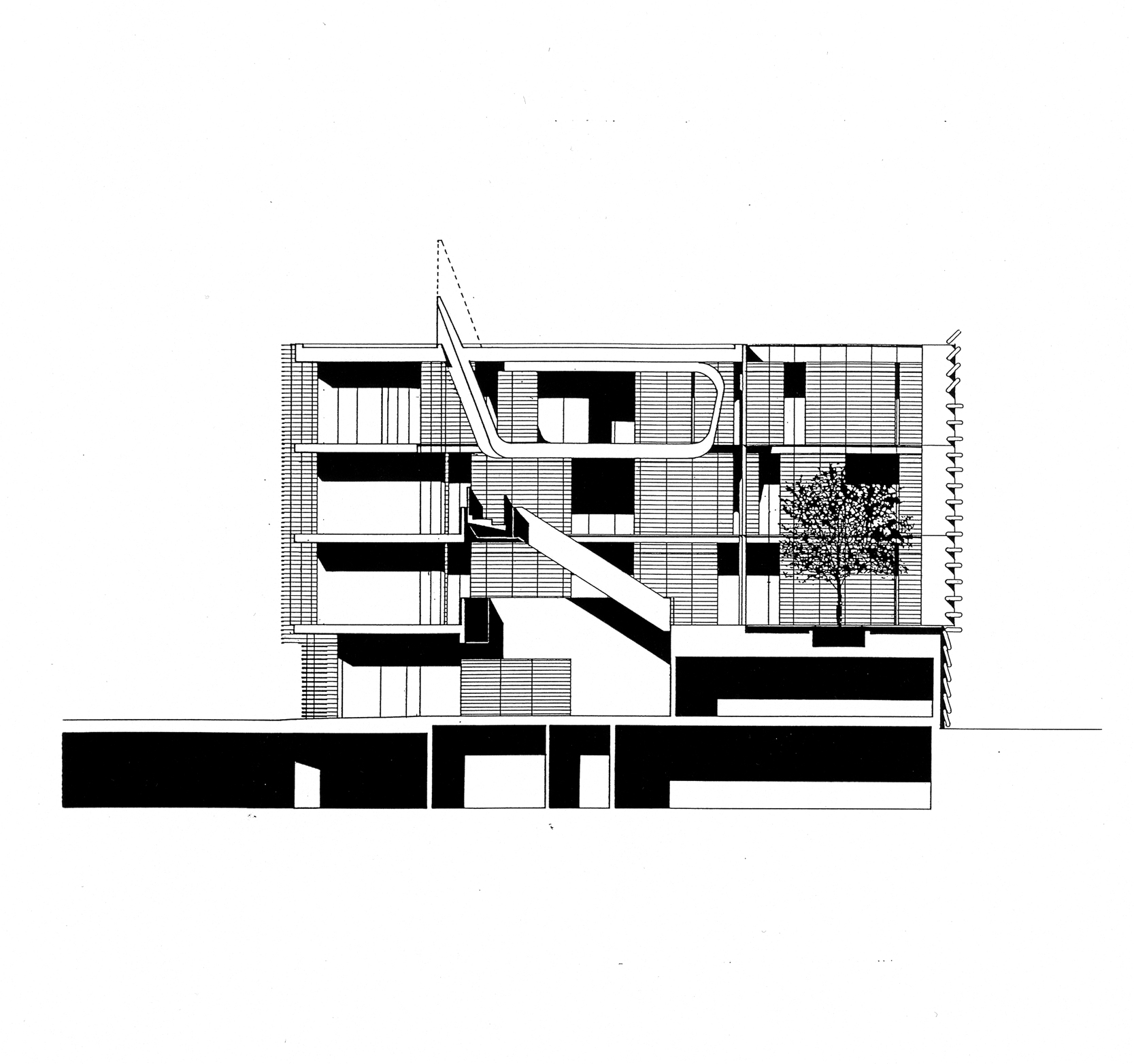 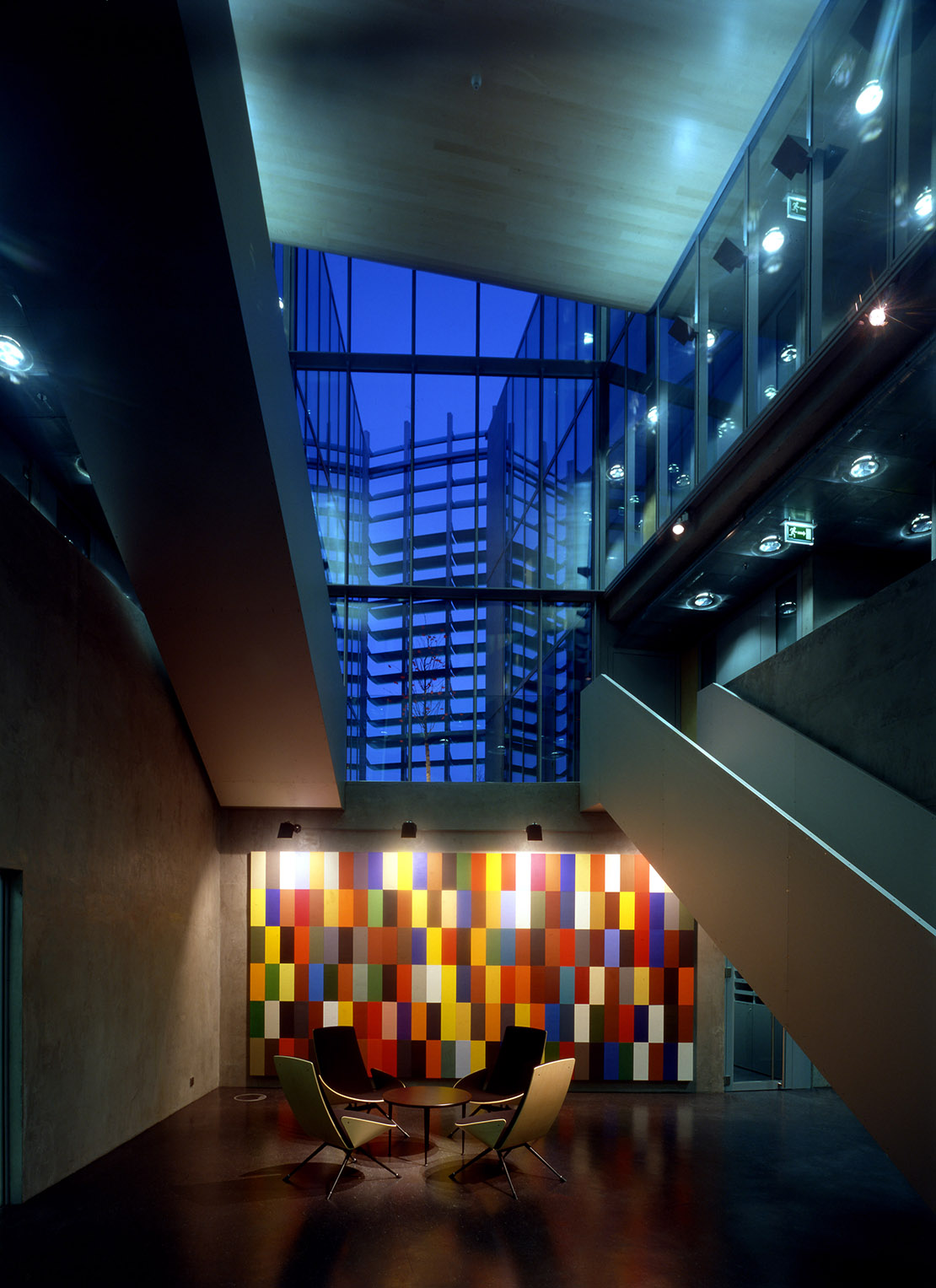 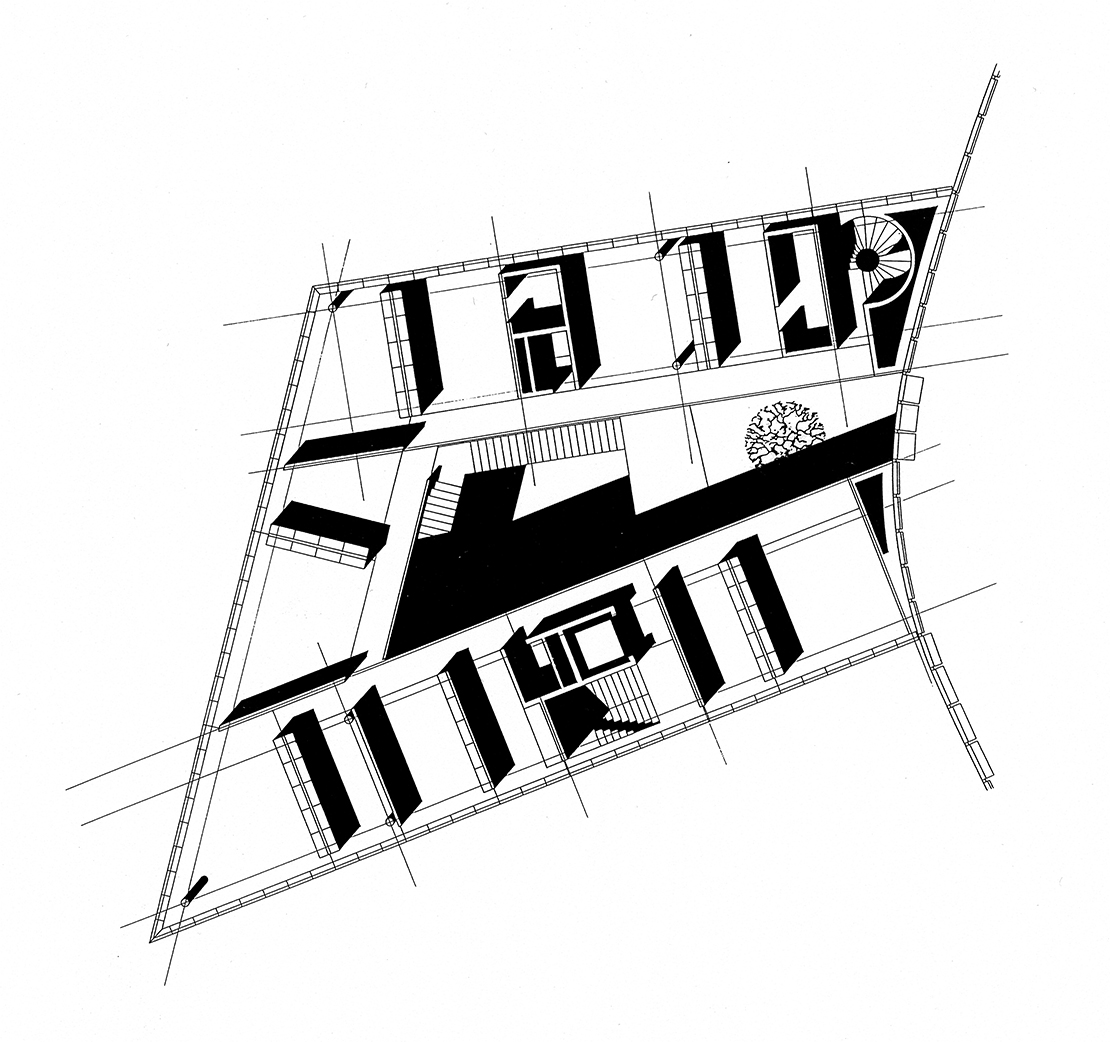 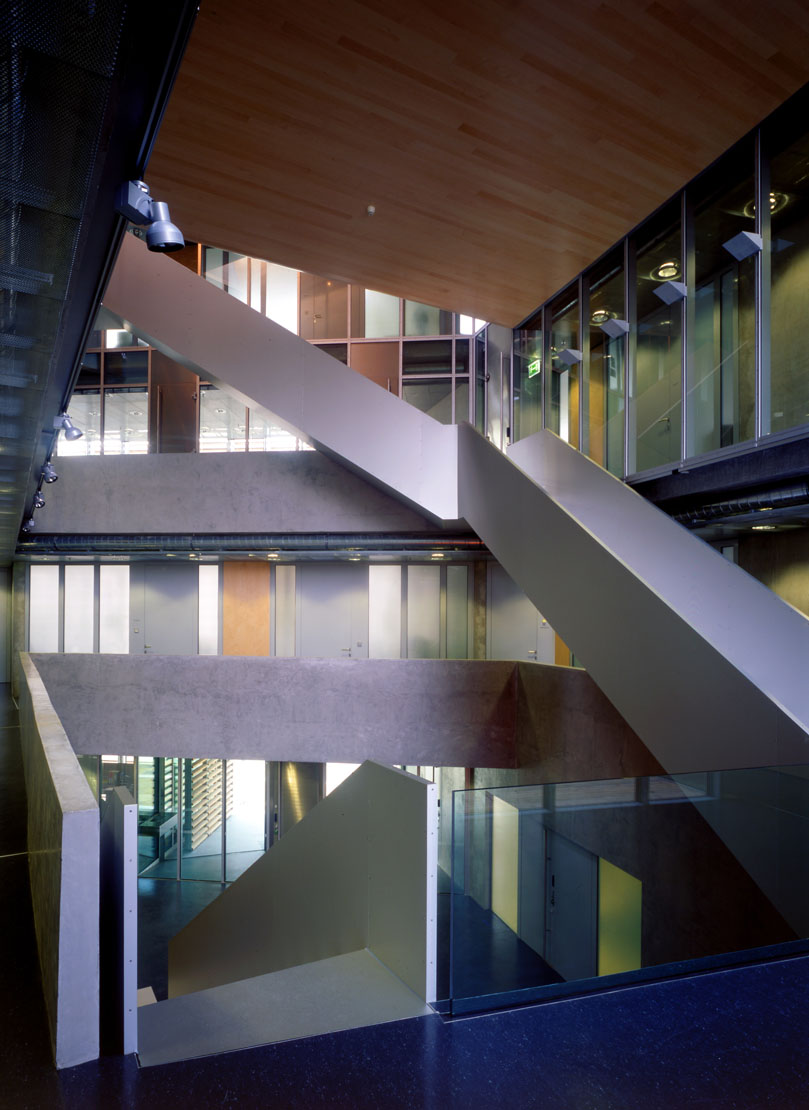 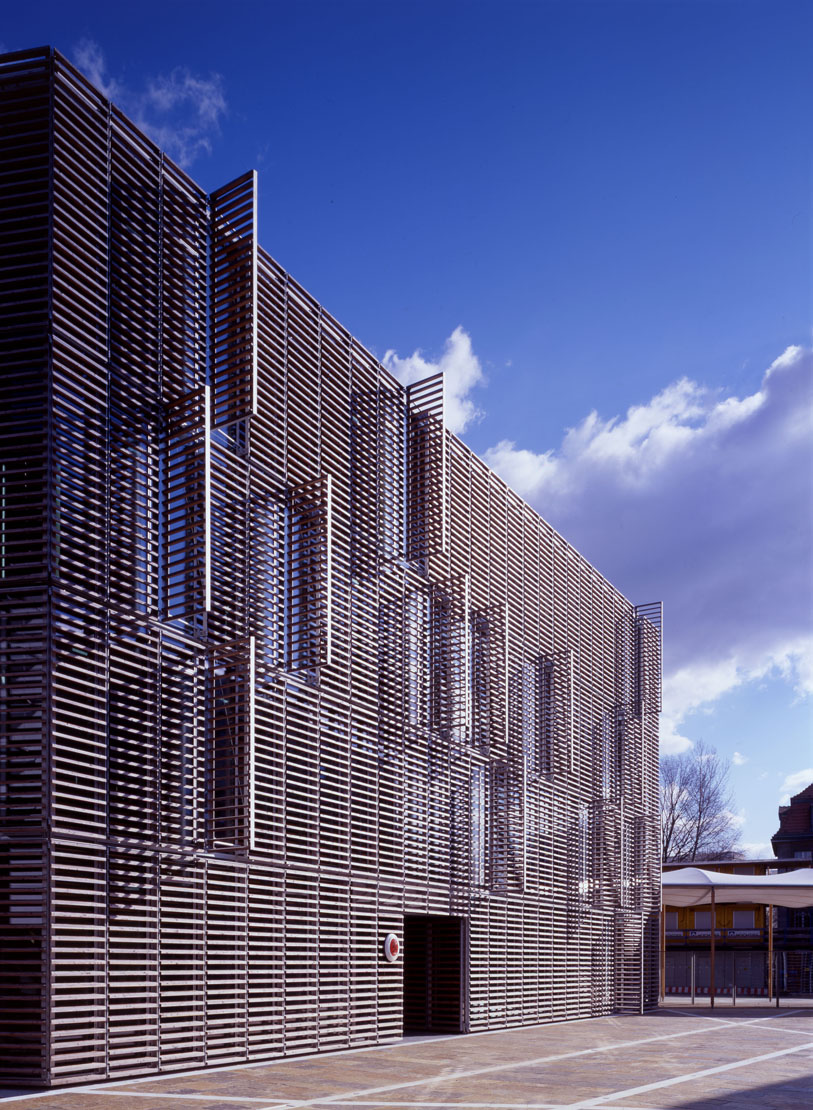 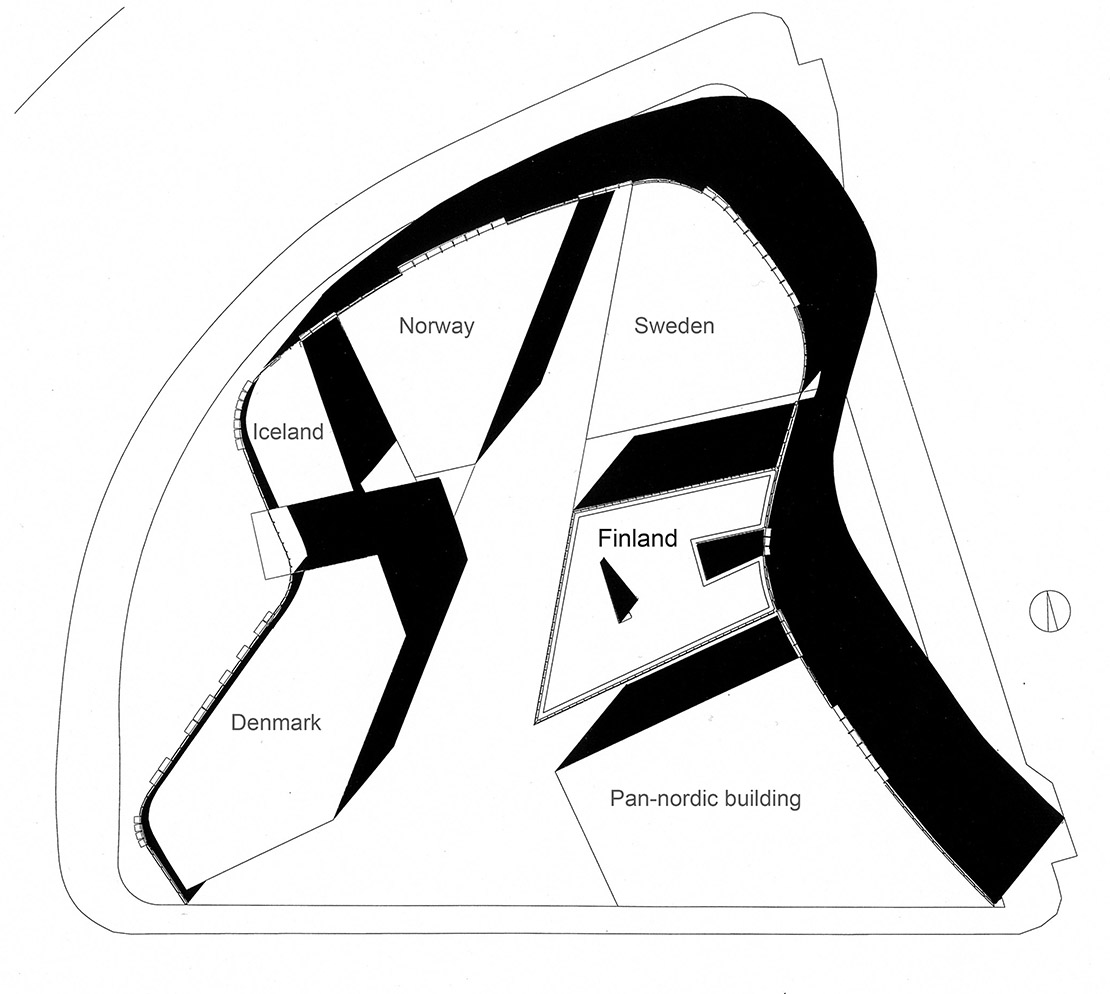 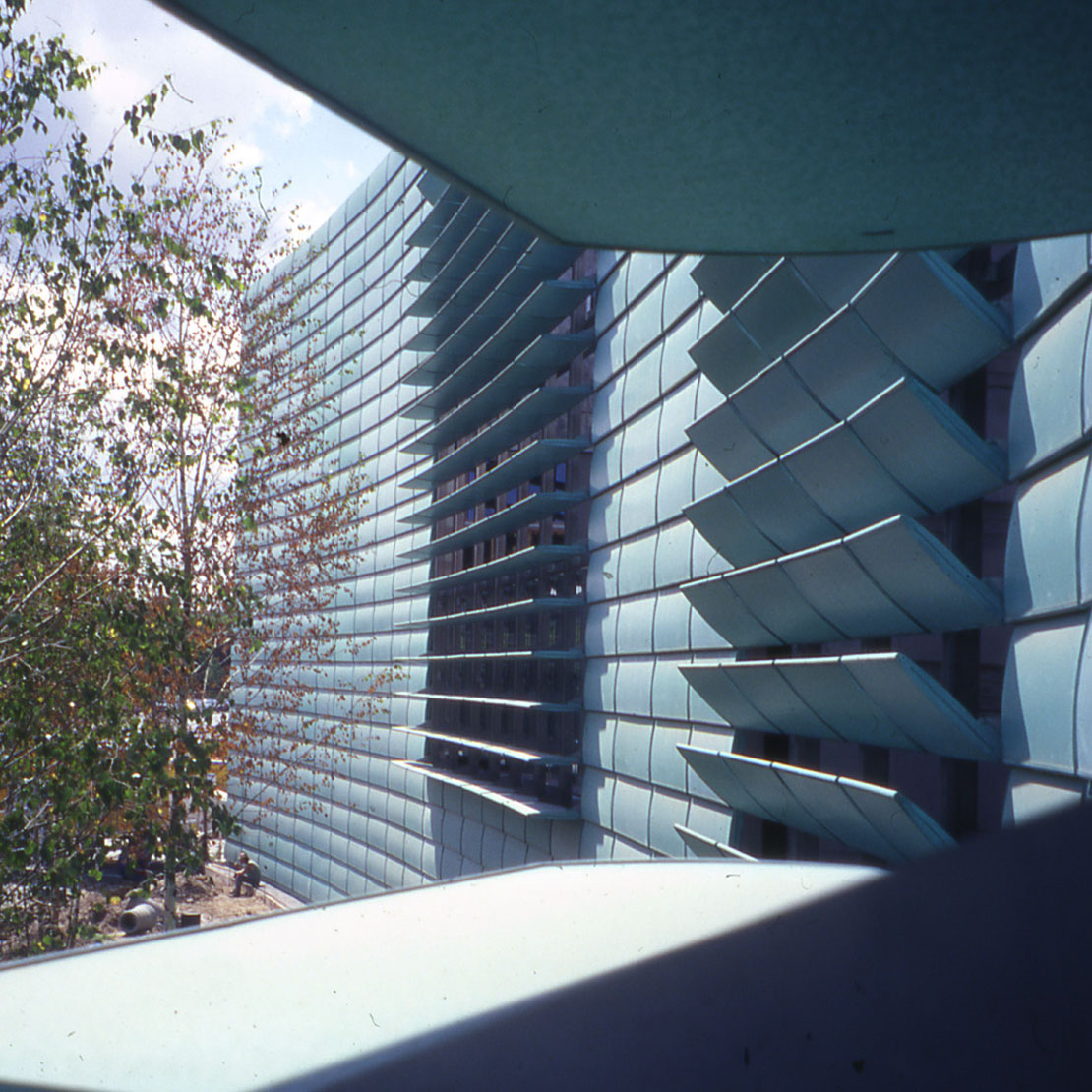 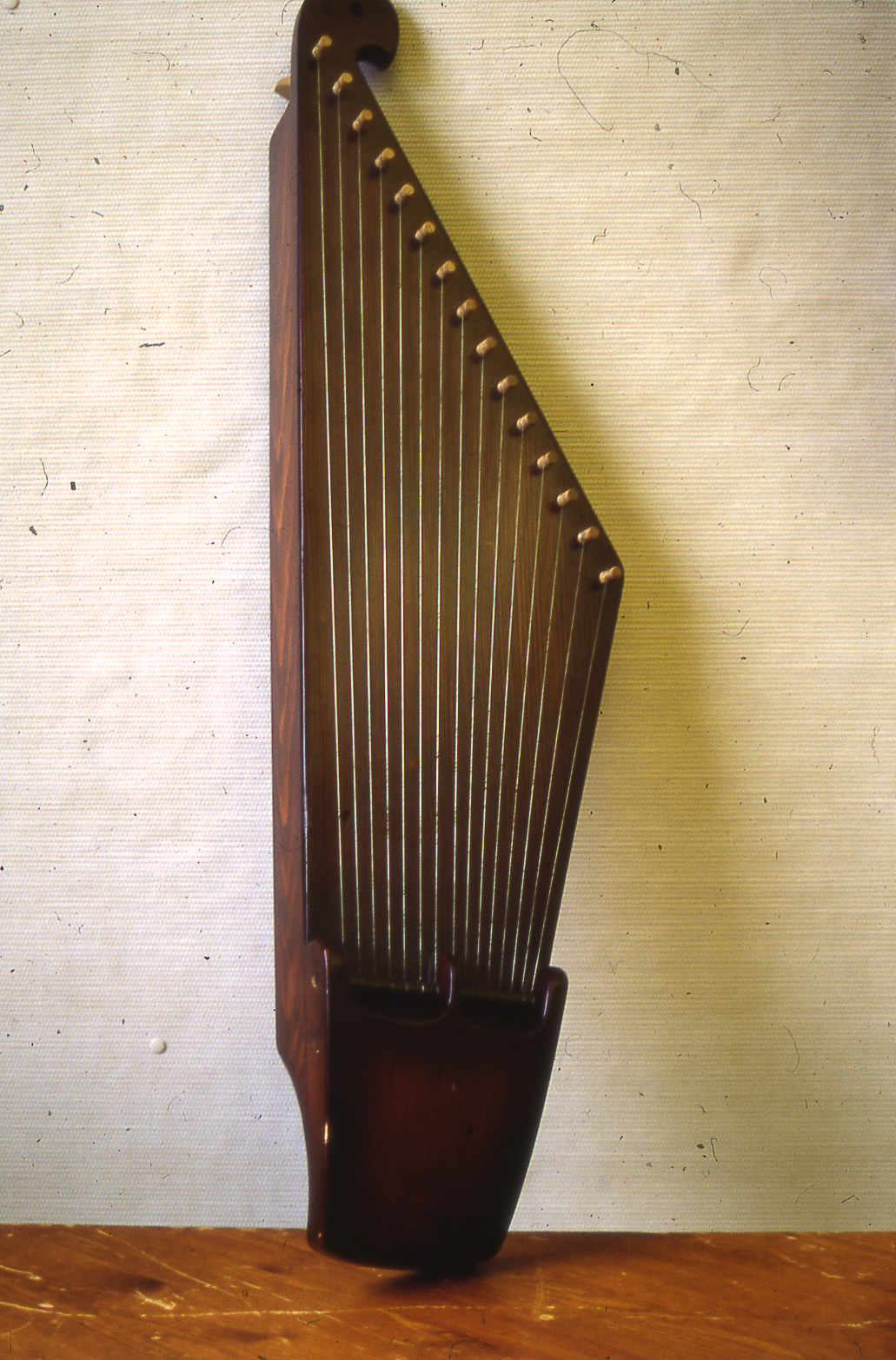 The shape of the building resembles the traditional Finnish stringed instrument, the kantele. 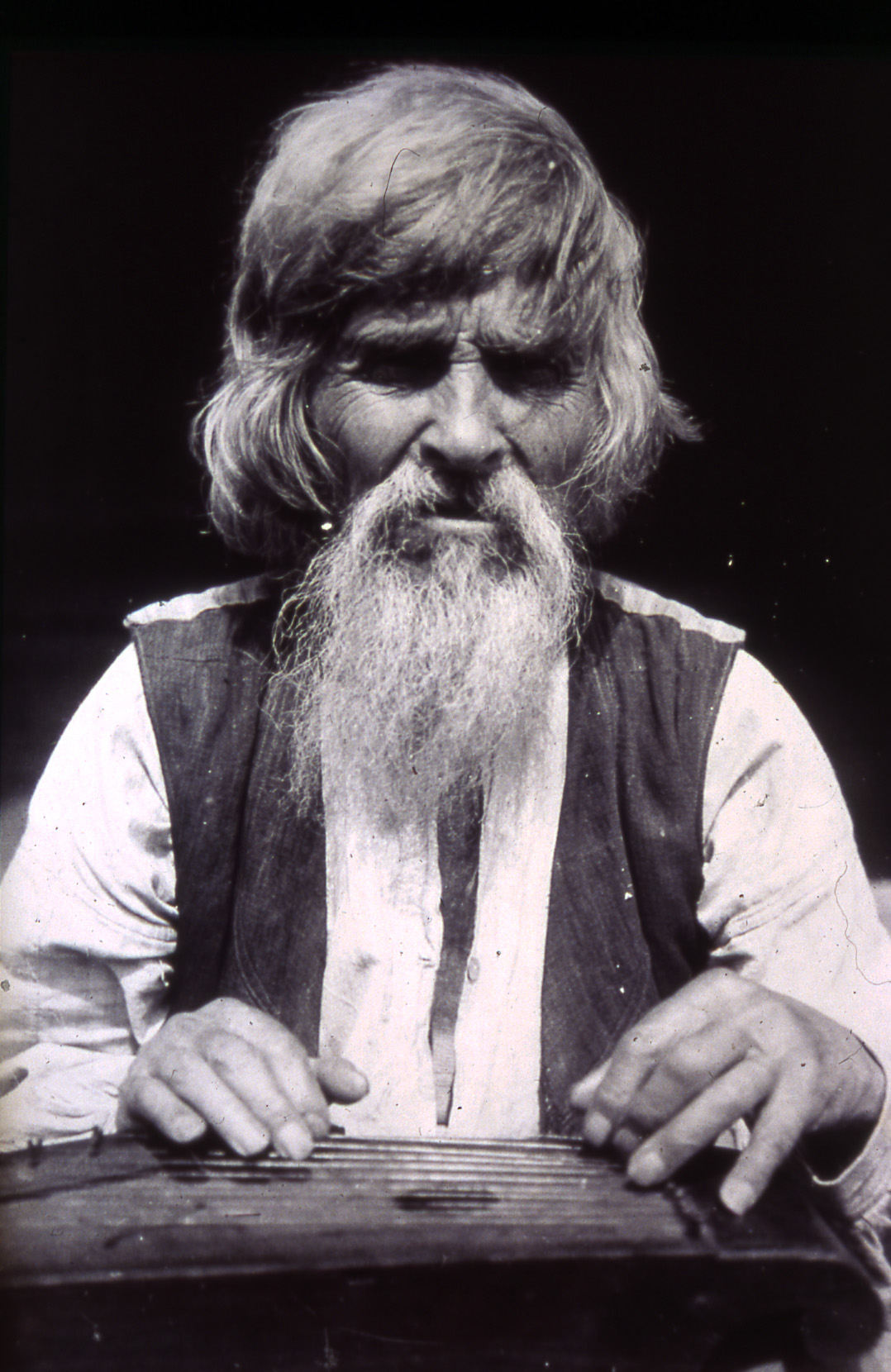 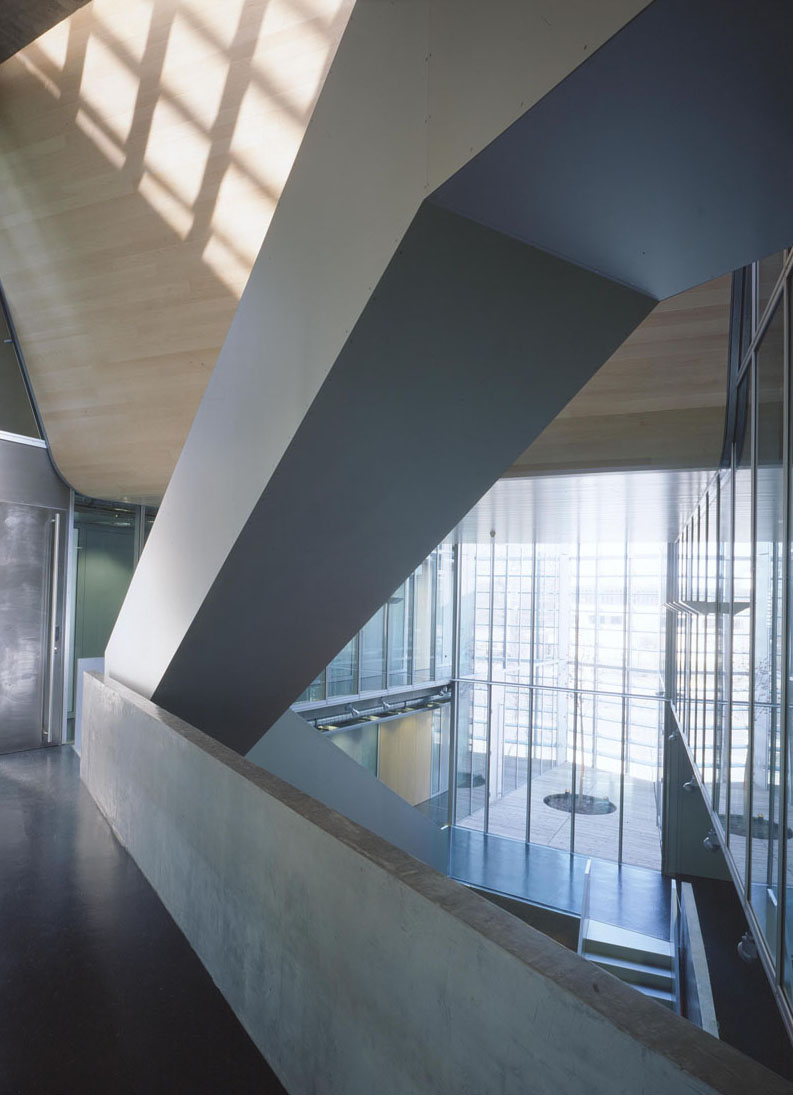 “Best building in the world” 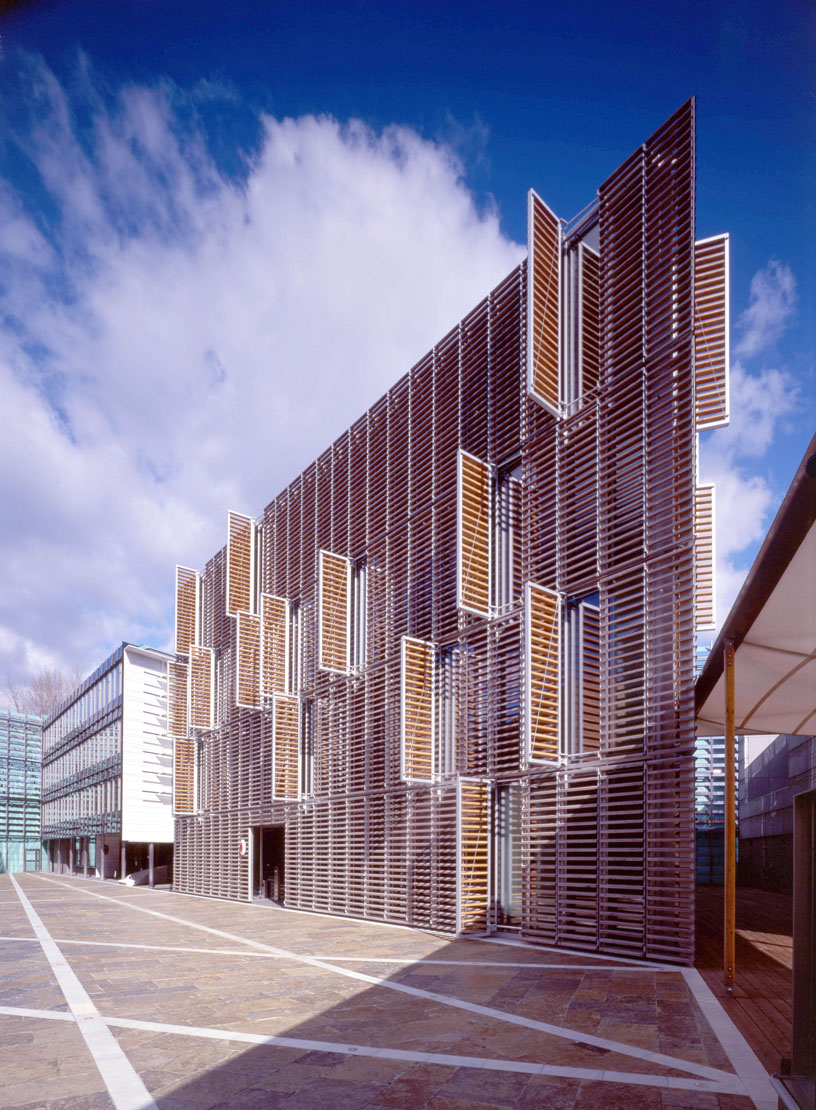 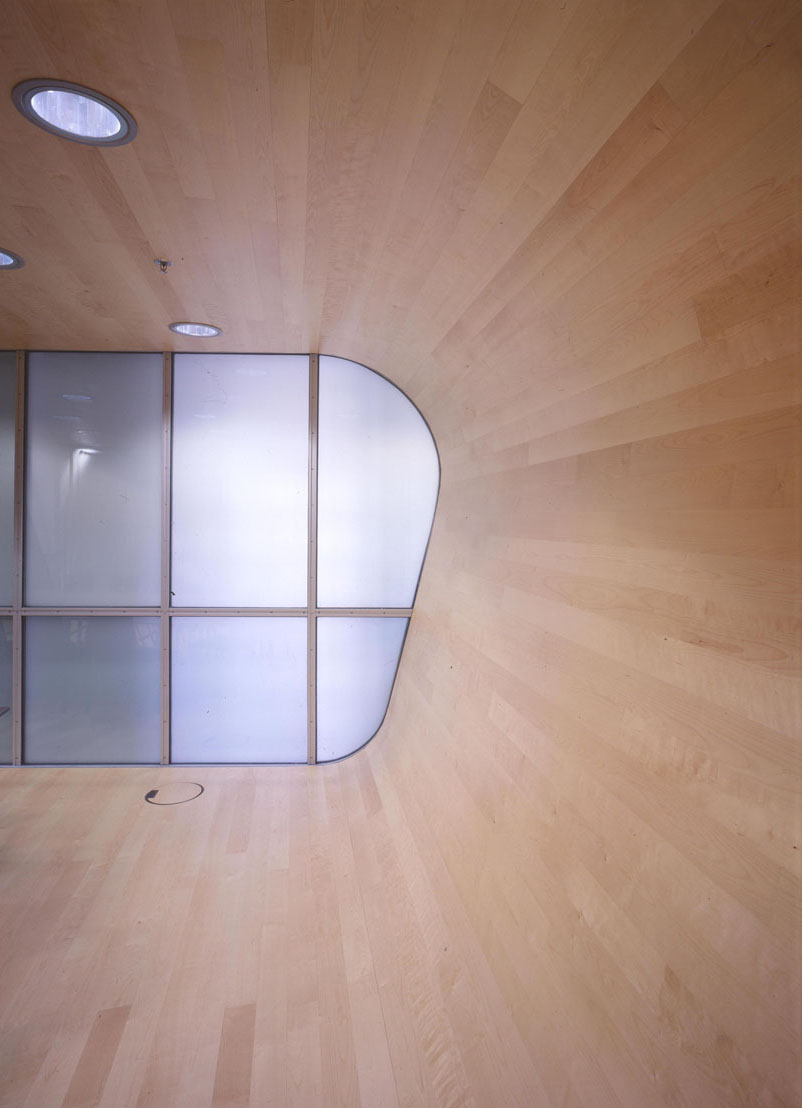 At night, the façade made of  larchwood trellis, opens up and functions as himmeli (mobile made out of straws) projecting light all around the exterior of the building. 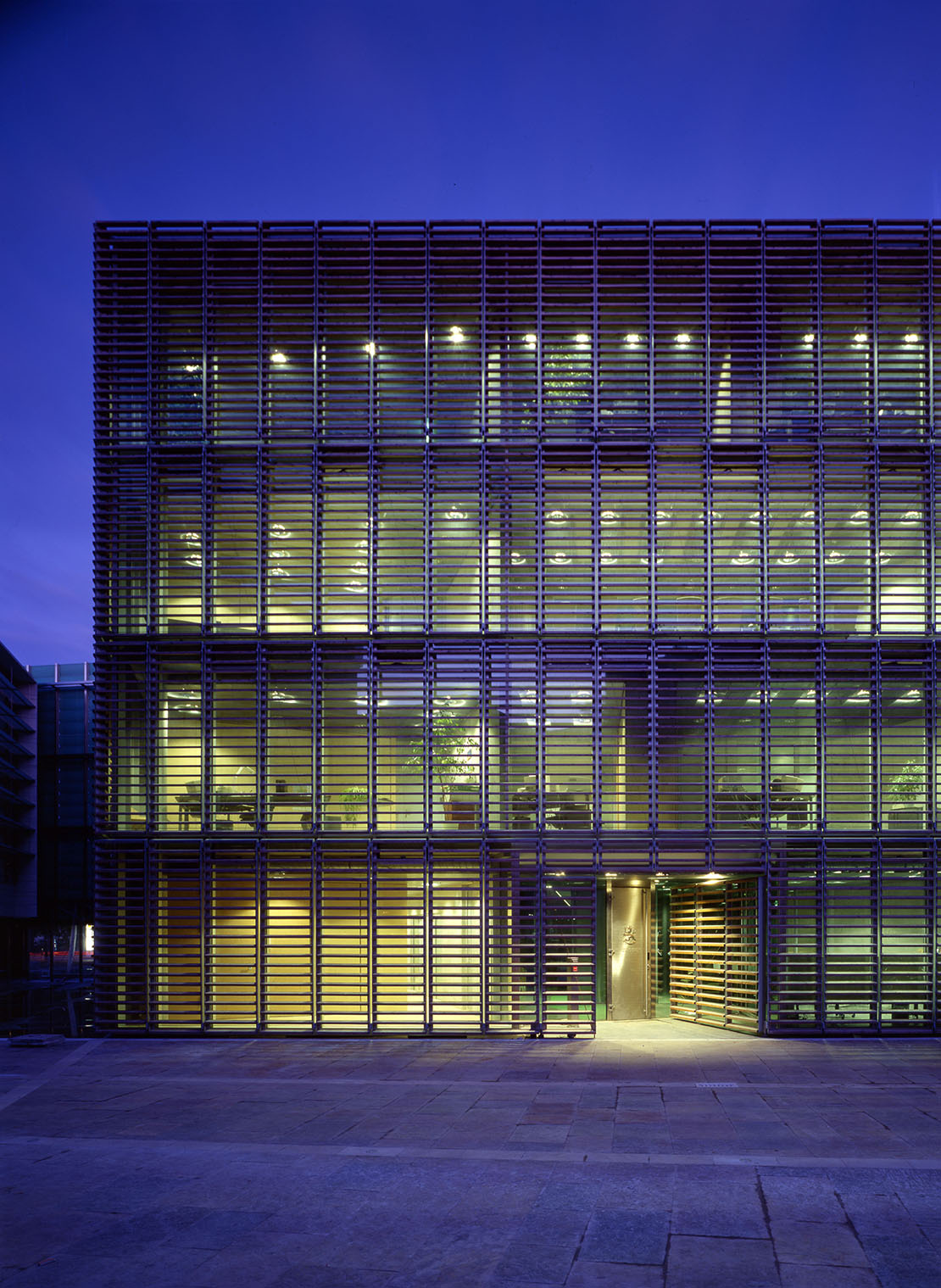 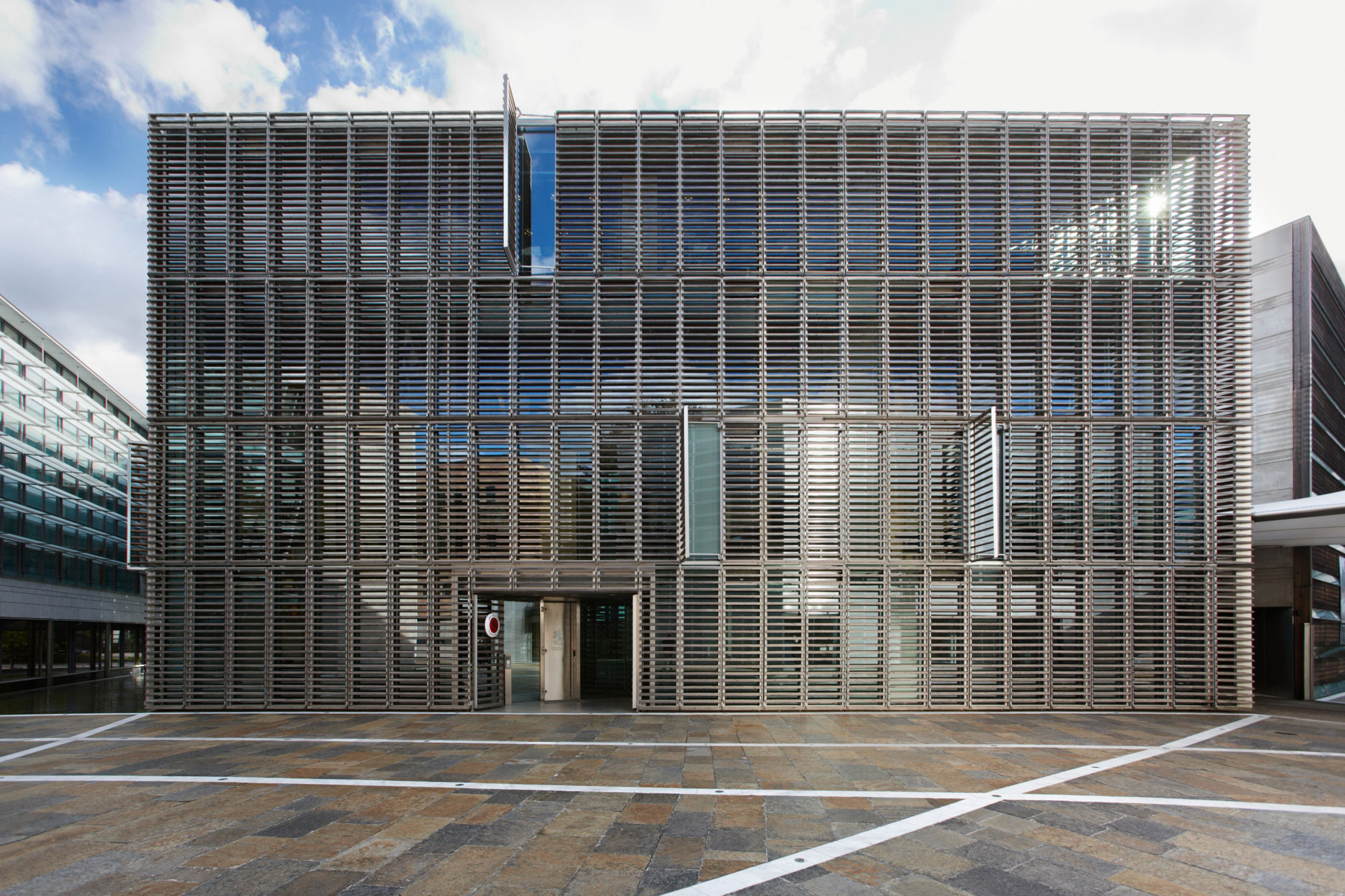